Faculty of Orthodox Theology in Foča was founded in 1994. Higher educaton institution of the Serbian Orthodox Church began its work under the name Theological Academy of  St Basil of Ostrog. It was founded by the decree of the Holy Assembly of Bishops of the Serbian Orthodox Church based on the previous decree of the Assembly in 1978 which suggested it was necessary to establish a Higher education institution of the Serbian Orthodox Church on the territory of the SR Bosnia and Herzegovina at the time.
Outstanding contribution in providing conditions for organising work of this Higher education institution was made by Metropolitan Nikolaj (Mrđa), Foča Municipal Assembly, Authority of the University of Sarajevo at the time led by prof. Vojislav Maksimović PhD, certain Ministries of the Government of the Republic of Srpska and others.
In the summer of 1994 Committee for establishment of  Theological Academy elected a dean – the Bishop of Zahumlje and Herzegovina Atanasije (Jevtić). Together with Metropolitan Nikolaj, Bishop Atanasije had an important role in the establishment and organisation of the work of the Academy.
The first dean Bishop Atanasije (Jevtić) performed his duties conscientiously from 1994 to 1998. After he retired from his duties, he was succeeded by prof. Predrag Puzović, PhD, professor of the History of Serbian Orthodox Church. During his mandate the teaching process at the Academy was significantly improved.
Regulations of the Theological Academy were printed in the Official Gazette of the Serbian Orthodox Church and then in the form of a brochure. Regulations that consisted of 128 articles, regulated legal position of the Academy, Services, teaching process and so on. These provisions were valid until the Statute of Faculty Of Orthodox Theology was passed.
In accordance with the Law on Classification, on 30 June 2005 Theological Academy of St Basil of Ostrog was renamed to Faculty of Orthodox Theology ‘St Basil of Ostrog’. At the same time, in the academic year 2005/06 the teaching process started being conducted in accordance with the provisions of the Bologna Process.
In 2009 dean Predrag Puzović was succeeded by dean Boris Brajović, PhD. In this period, two study programmes were accredited at the faculty: General course of study – Orthodox Theology and Practical course of study, which originally lasted six semesters. After four academic years Practical course of study was renamed to Theological-Catechetic study programme lasting eight semesters.
In addition to the basic academic studies, Second cycle academic studies (General course of study) were licensed in 2011.
Prof. Darko Đogo, PhD was elected for the position of a dean in 2014. During his mandate, the Faculty was moved to a new building. In 2016, the study programme of Theology at the second cycle studies was accredited. Organisation of the teaching process of the second cycle studies had remarkable results which is evident from the great number of completed masters’s theses. In the academic year 2017,  prof. Vladislav Topalović, PhD was elected as the fifth dean.
With respect to contemporary trends of interreligious dialogue in Bosnia and Herzegovina, Faculty of Orthodox Theology took part in the formation of the study programme -Interreligious studies and Peacebuilding in partnership with Faculty of Catholic Theology and Faculty of Islamic Sciences of Sarajevo University. This study programme was licenced in 2019.
Furthermore, it is necessary to point out that during the last twenty-five years of work, Faculty of Orthodox Theology developed into an educational institution respected not only in the academic community of the University of East Sarajevo, but also in wider social circles outside the borders of the Republic of Srpska and Bosnia and Herzegovina.

In addition to different monographs, studies and scientific publications, the Collegium also publishes the journal ‘Yearbook’. 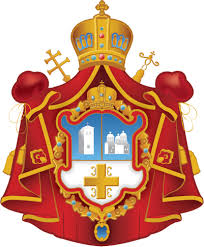